In partnership with the Chris Kyle Foundation and the Kyle family, Springfield Armory® has introduced the Limited Edition Chris Kyle TRP™ Operator® as a part of the Legend Series of pistols.

A portion of the sales proceeds will provide direct support to the Chris Kyle FROG Foundation.

While in combat, Chris chose the Springfield Armory® TRP™ for its reliable performance and toughness. In his best-selling book, American Sniper, he credits the TRP™ with saving his life.

"In 2004, I bought a Springfield TRP™ Operator®, which used a .45 caliber round. It had a 1911 body style, with custom grips and a rail system that let me add a light and laser combo. Black, it had a bull barrel and was an excellent gun - until it took a frag for me in Fallajuh. I was actually able to get it repaired - those Springfields are tough."

Springfield Armory® placed the first Legend pistol on the auction site GunBroker.com on May 1, 2016.

Thanks to the support and generosity of gun enthusiasts across the country, the unique pistol’s bid price quickly skyrocketed from $500 to over $20,000.

The addition of a live auction at the Springfield Armory® booth during the recent NRA Annual Meeting carried the winning bid to $22,500 – all of which was immediately donated to the Chris Kyle FROG Foundation. 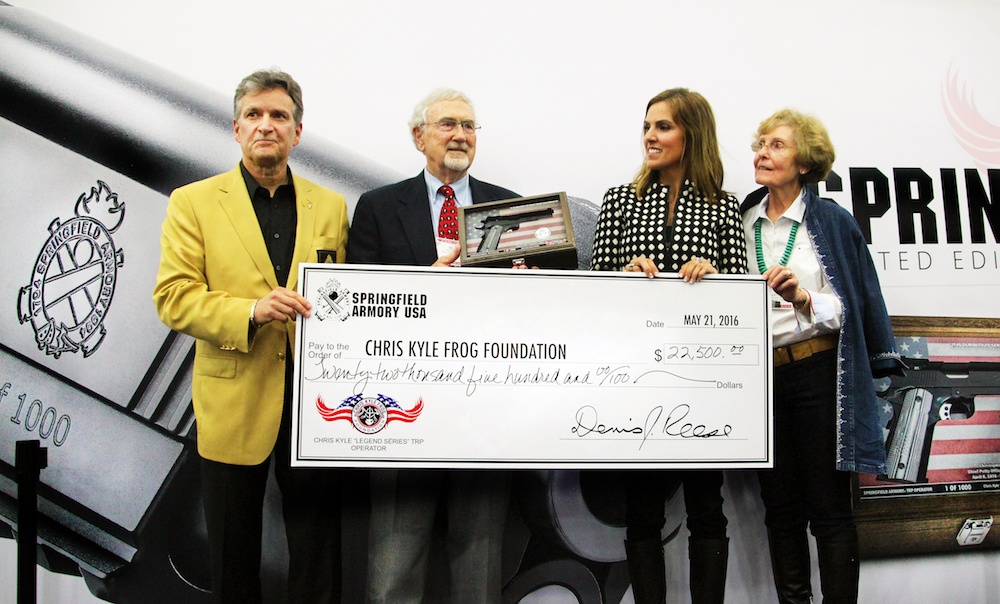 The slides are forged carbon steel with Black Nitride treatment for durability and corrosion resistance. A National Match full-length guide rod rounds out the 8.6-inch long government model 1911. Each pistol ships with one seven-round stainless steel magazine with slam pad.

How to Get It

Springfield Amory® will produce 1,000 TRP™ Legend Series pistols, each with a unique serial number ranging from CK0001 through CK1000. Separately, the company will laser-engrave each pistol identifying its placement in the series.

Dealers across the country will soon be able to purchase these firearms from a certified Springfield Armory® distributor. 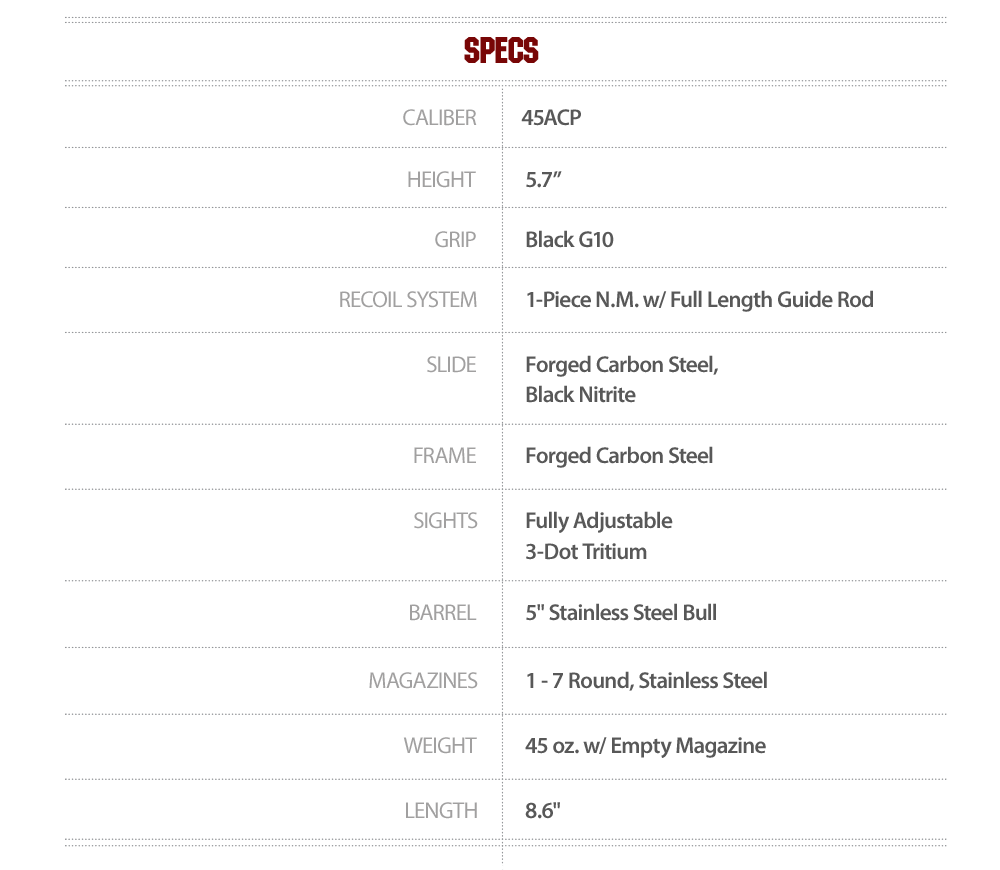